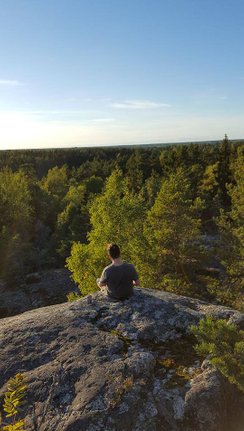 I'm an American living in Sweden since 2006.  Grew up in New Jersey, then lived in Boston for a decade before moving overseas.  Like almost all foreigners I followed a woman here; like almost all of them I broke up with that woman, stayed in Sweden and ended up with someone new.  I am what Swedes refer to as a "love refugee".

My comedy career began here and I've now performed in eight countries- Sweden, Norway, the Netherlands, Ireland, England, Germany, France, and the US, of course.

I also host Maffia Comedy very often.  Hosting a night and performing are two different things; as host it's my job to maintain a strong atmosphere and keep the crowd happy (and, occasionally, keep them in line).

More info can be found here: